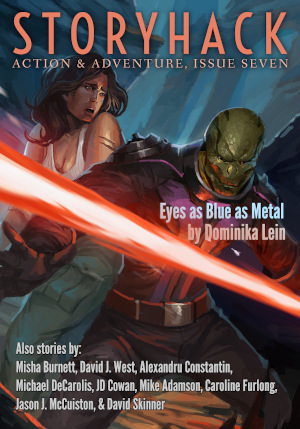 I have told many of you that this is coming, and I figured its time for me to get things rolling again.

So, it is with great pleasure I announce that submissions for Sidearm & Sorcery Volume Two are now open. (As of 9/2/2022)

What is this anthology?

This anthology series is fantasy set in modern times (modern = 1900 AD+) where the protagonists do not have magical or other special powers.

I have already published the first volume, which you can check out on most major retailers. Sidearm & Sorcery Volume One

As Sword & Sorcery is to High Fantasy, this is to Urban Fantasy. I want the heroes of these stories to be in direct contrast to the super-powered-vampire-wizard-werewolf-chosen-ones that are so common in fantasy with modern settings. I want magic to seem mysterious and dangerous and powerful. I don’t want the magic to feel like a recipe book where every element is quantified and easily understood. Antagonist sorcerers and monsters can abound. Think Conan, but he’s born in Detroit instead of Cimmeria. Think Dresden files, but instead of being a powerful wizard-for-hire, Harry is just a dude with a Beretta. Think baseball bats instead of halberds.

This is an anthology of short stories, preferably under 10,000 words.

How will it work?

This will be published via Draft2Digital (D2D). Draft2digital distributes to all major ebook platforms, and has its own paperback POD distribution as well. To be specific, D2D currently distributes to Amazon, Apple Books, Barnes & Noble, Kobo (including Kobo Plus), Tolino, OverDrive, Bibliotheca, Scribd, Baker & Taylor, Hoopla, & Vivlio.

Authors will contribute one story. For my part, I will have a story, assemble/layout the stories into one volume, and pay for cover art. I will also handle editing duties. I’d like to keep each volume to a max of 15 stories, so that contributors have a chance to actually make a buck.

After D2D takes it’s share, everyone involved will split the rest. Every author will get one share. I will get 4 shares for my work and financial investment. Percentage of royalty split will be determined by total number of shares.

Paperback copies will be made available to authors at cost. D2D will only allow the “publisher” (me) to order paperback copies direct, but I will happily order them and have them shipped to you for whatever D2D charges me.

How to Submit a story

My submission manager is not back to being operational yet, so I'll handle submissions via email.

Email your submission to "submissions" at this site, with the subject "Sidearm & Sorcery Submission".

Once I get your submission email, I will immediately send you an "I've got it" response. Then it will go on the pile to be read. I'll send you an acceptance/rejection sometime after that.

Submissions are now closed. Thanks to everyone who submitted!